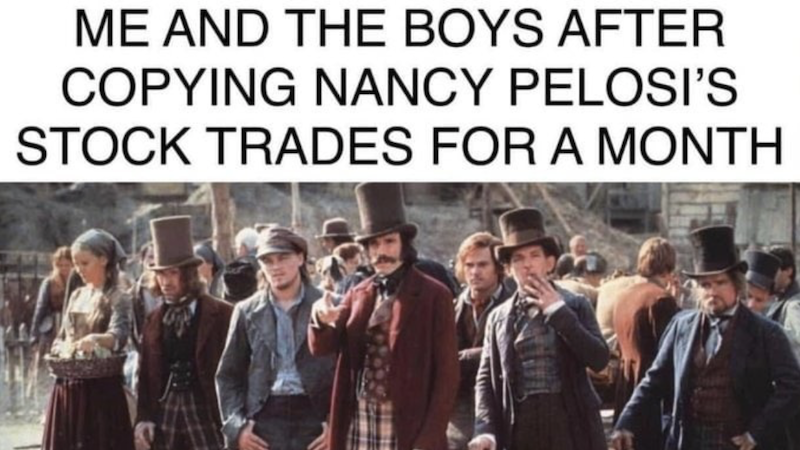 Nancy Pelosi must have some sort of magic touch when it comes to the stock market, because the lady just doesn't miss.


What a weird coincidence, and just a coincidence, that Nancy Pelosi sold $3 MILLION in Google stock weeks before the DOJ launched an investigation into Google which could tank the stock price.

It's almost like she has some kind of clairvoyance or something to see into the future.

It's not like she could possibly have insider information...

On Tuesday, the Department of Justice launched a massive lawsuit against Google, claiming the internet giant has an illegal monopoly on online advertising.

By acquiring competitors, Google "has corrupted legitimate competition in the ad tech industry," the government said in their argument. "Google uses its dominion over digital advertising technology to funnel more transactions to its own ad tech products where it extracts inflated fees to line its own pockets at the expense of the advertisers and publishers it purportedly serves," the suit claims.

What a weird and wild coincidence.

No way anything fishy could be happening here.