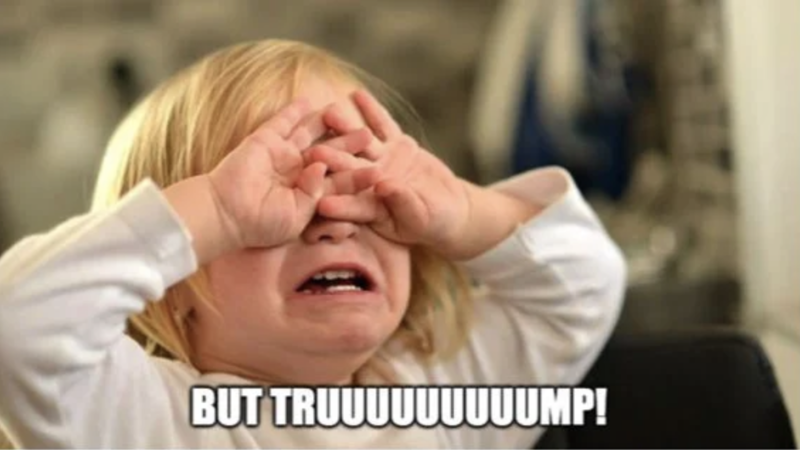 He’s been throwing a weeks-long temper tantrum ever since Kevin McCarthy was honest about why he kicked ol’ Swalwell off his committee. McCarthy didn’t pretend there shouldn’t be concern around Eric’s connection with a Chinese spy like Nancy did, and Eric is just not handling it well, like, at all.

Take for example this little nugget where Eric wants to blame Trump for Democrat spending.

We can’t even make this level of stupid up:

Your “child” is Donald Trump. We are extending the debt ceiling to pay the debts he racked up. https://t.co/3LTRLCw42F

Eric does know most people understand how this works and that Trump has had nothing to do with the gross amount of spending under Biden, yes? Trump didn’t send billions to Ukraine, Trump didn’t push through a repugnant, abhorrent, overreaching omnibus spending bill …

No, Democrats did that.

Heck, NANCY did that, and Eric helped.

He hasn’t been in office in three years you CCP dork.

Close but yes, he’s been out quite a while.

You meant to say the debts your party racked up Eric.
But keep spewing ChiCom propaganda.
— the camopapa who laughs… (@camopapa0410) January 20, 2023

$1.7 trillion package and billions to Ukraine for more proxy wars is all on you…