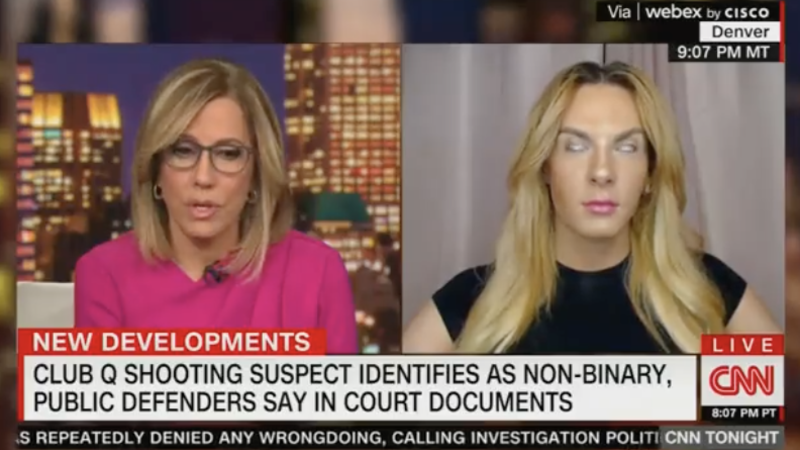 CNN brought on Natalee Bingham, a friend of one of the victims of the Club Q mass shooting in Colorado Springs, for some perspective. Bingham is a trans woman, but she seems not to respect the suspect’s self-identification as non-binary, saying she can see just from the mugshot that the shooter is a man. We’ve seen people suspend disbelief many times when looking at a trans woman with a beard, but isn’t this just more of the anti-LGBTQ rhetoric that’s been coming from left-wing media?

This Trans Woman on CNN says she can look at a still photo of the Colorado Springs gunman and know that he's not Non-binary, he's a man.
If we were to use that same standard on Natalee, what might we discern? pic.twitter.com/wMC9DmUEBi

Isn’t the entire premise of transgenderism based on the idea that an individual is entitled to decide which gender they are based on their own feelings? If one insists they are non-binary, are we not supposed to accept that without question, no matter what they may look like?

I thought non binary meant they didn't identify as a man or woman? So this guy is saying that because the shooter doesn't look like a woman he can't be non binary?

I can watch this video and without hesitation I can tell you the one on the right is a dude.

Omg, did that commentator just assume the gunman's gender? 😯